This was a 70 point game using the first scenario in the Sharpes Practice rule book.

Both the forces of Major Charles Wutherington Inbred-Smyth of the 19th regiment, and the rebels under their leader Ram Ditin deployed from the centre of the table. This suited Inbred-Smyth, who could dominate the open terrain with British Enfield rifles, and came as a shock to Ram Ditin who had hoped to skulk amongst the rocks or the jungle. 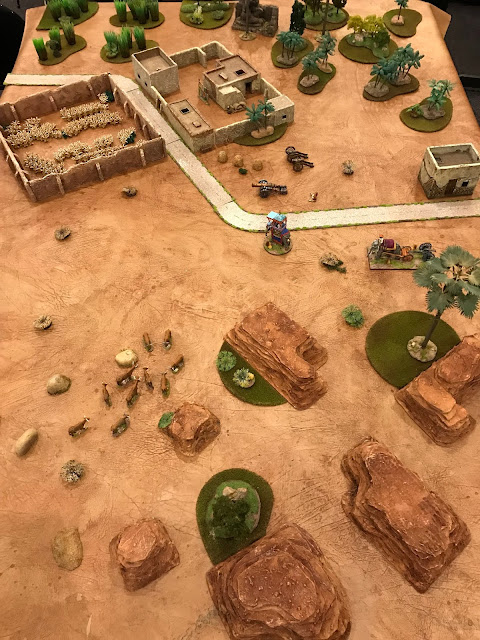 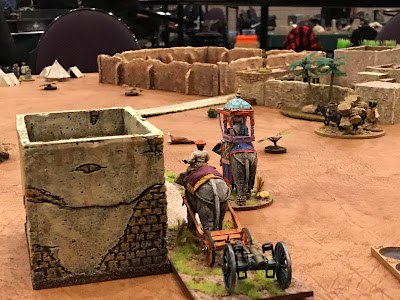 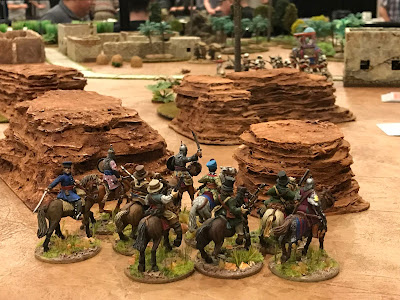 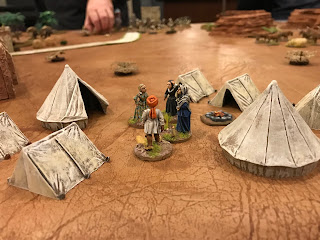 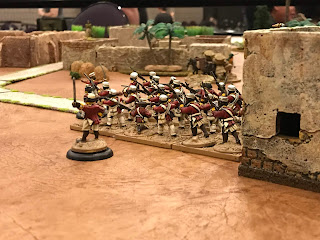 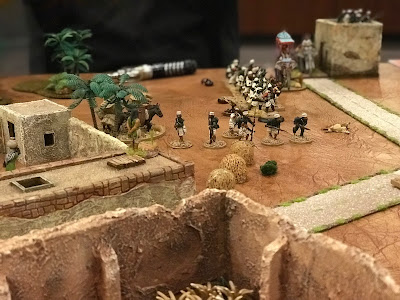 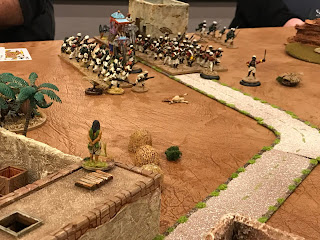 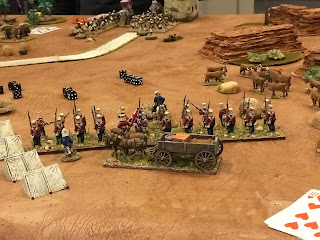 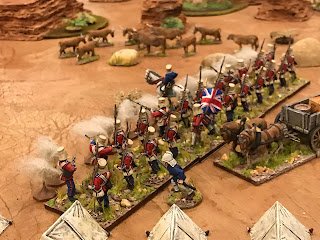 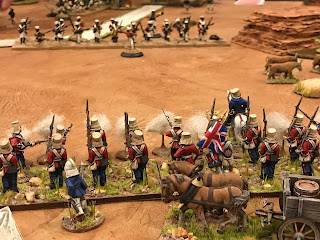 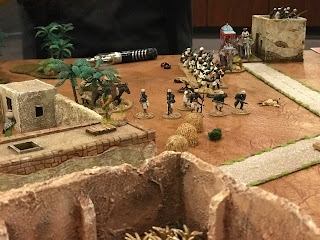 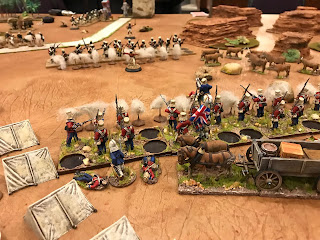 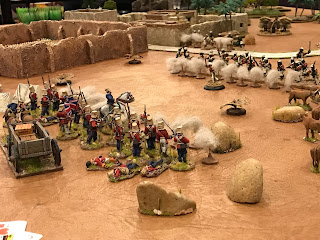 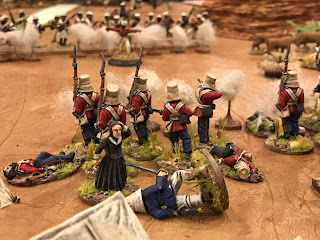 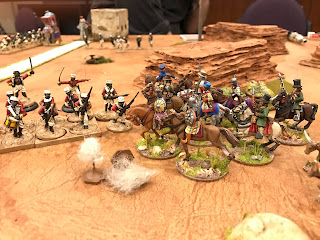 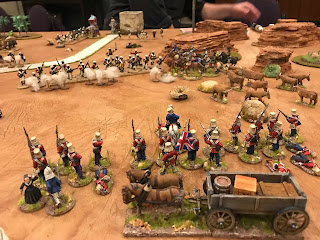 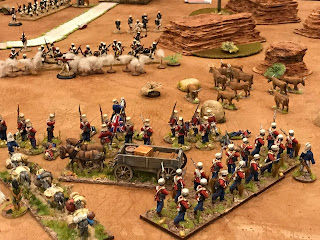 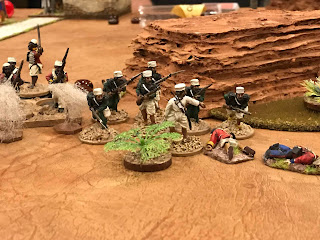 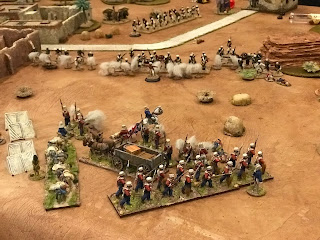 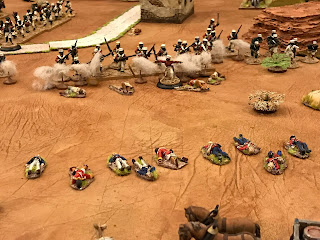